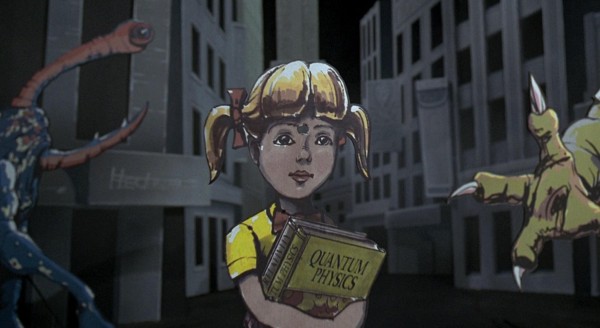 So recently in the big Mitten there has been a news story and surveillance camera footage going around that shows what looks like a scenario in which a Michigander who was fueling up his vehicle opened fire on another individual who attempted to and successfully stole a car while it was parked with the keys in the ignition and the engine running. After a brief time behind the wheel, the thief, who took a round to the neck, crashed the car and was tracked down by law enforcement and taken into custody.

At the end of the write up, the author of the article reported that both individuals are looking at possible charges for their actions.

This story and the scenario therein has caused a wildfire across Michigan and the country regarding the judicious use of deadly force by civilians when faced with activities against personal properties even at the felony level. Conversations and online discussions on the matter are proving to be quite polarizing and have included good bits of information, lots of disinformation, and people throwing case law around verbatim claiming it gospel as the one and only answer to the issue.

As the current case has not been closed, nor the official report of investigation been forwarded from detectives to the county for review, as well as both parties getting their fair-shake in front of a court of law, we will digress from using this specific incident as the topic for this article, but more specifically, we’re going to talk about your car.

However, on our walk, there are rules:

Rule 1. Know the Levels of Force

When we discuss the use of force as a citizen, there are 3 PRIMARY levels of force that we should be experts at knowing, understanding, and applying. (hopefully if we never need to apply them, we can identify the point in which they can be used.)

– No Force. Yup. This is how we spend the majority of our lives and it is awesome. If we need something from our fellow man, we simply say, “Hey buddy, mind if I get by you?” and fellow human-units respond with, “Absolutely buddy! Let me get out of your way.” and so-on-and-so-forth.

– Intermediate Force. This is where things go from a normal walk in the woods to a hike to remember. Intermediate force is force where we need to grasp the difference between someone willing to work with us as fellow responsible citizens to someone bent on possibly doing us harm. This is the person that wont leave you be all the way up to the person that is trying to put their hands on you, hit you, and hurt you in a manner that is not-lethal, and legally known as assault. If someone tries to hurt you via their hands or a less-than-lethal* artificial reach weapon (*lots of grey area here), you can touch them right back via a defense by hand/feet/big toe, etc or my personal favorites- Less-Lethal Artificial Reach tools* (Get training on what tools are lawfully available to you and how to use them) “But Trek, when can I use Intermediate Force in my defense or defense of innocents??” Great question my friend! If you believe that assault is IMMINENT or IN PROGRESS, you may use Intermediate Force against a badguy. Sorry folks, all those bats, brass-knuckles, nun-chucks, collapseable batons are NOT ok here. You are amplifying your physical strength with kinetic-energy weapons that can kill. No joy. Not ever. (SEE: try and hit a cop with a bat and see how many shots to the face you get with a 9mm) “But Trek! Cops pepper spray protesters all the time and they aren’t being assaulted!!!” You are correct my astute friend! Law Enforcement Officers, based on their charge as peace officers, special training and the authority of the badge can use less-lethal tools and techniques at a lower level then we civilians. “But…But…Rubber Buckshot, beanbag, and baton rounds from shotguns!!!” Also just for qualified LEOs (Law Enforcement Officers) – We normal Joes can’t go around shooting assaultive folks with less lethal rounds fired from LETHAL weapons….unless* (*Keep reading) “Well that’s not FAIR Trek!!!” Indeed it is fellow Joe! But that is why we have these awesome folks around who serve us every day. Also- MCL 750.224d allows physical force (Intermediate) and authorized intermediate force tools to defend PEOPLE and PROPERTY from neir-do-wells. This is very important to note.

– Lethal Force. Quite simply, when we or innocent life is faced with a threat of serious bodily harm and/or death, we may use whatever we have available to defend against and neutralize said threat. (This is why you spent so much money on that Uber-blaster) As I say, “When faced with a lethal threat, the MATTER and MEANS of the defense become MOOT. (M3)”

RULE 2. It Is ALWAYS about Serious Bodily Harm and/or Death When We Use A Gun

Always. PERIOD. I wish I could just skip this step. But I cant. It seems to keep getting missed and it is CRITICAL for the responsibly-armed citizen.

So back to your car. I want you to picture the car sitting there. And I want you to picture your mom stealing it. Now your neighbor. Now a total stranger. There you were, looking out the window, when mom decided to lose her mind. Little Billy, the neighbor kid sneaks up and snags it…off he goes. That guy dressed like a 1930’s burglar? He is getting in it right now and he’ll be off with it in 30 seconds.

Same crime. Same actions. Different players. What options are available to you for dealing with these folks? Hold that thought.

One nifty tidbit of information that is making it’s way around the Michigan circuit is PEOPLE v. COUCH. I highly recommend everyone who carries a gun read it as there are a lot of things in the case and appeal that we should note. the cliff-notes version of this case is that an armed citizen encountered a stereo-thief one evening outside his place of business and in the course of the altercation, a thief lay dead while fleeing from an armed good-guy. Good-guy was arrested and charged with manslaughter and later had the conviction overturned on appeal. This case is being lauded as the clear-cut reason that is absolutely OK for a good person with a gun to shoot someone committing a felony. What is missed by most, is the reason for the ruling and the very specific justification for the decision. The ruling, quite simply (based on the Couch case regarding a perp who made an aggressive furtive movement towards a lawfully-armed citizen and then tried to flee still in the commission of a lethal force encounter….he just happened to be un-assing away from the muzzle at the moment he was shot* (*the citizen still considered the perp a threat to life and limb*) (*I know….keep reading I promise)

If you take those three players I asked you to visualize stealing your car…start to ask yourself, “What would they need to do to warrant a lethal response” (for the record, I don’t hate your mom or neighbor kid…..)

Rule 3. Its All About Being Reasonable

I get it. I really do. Badguys suck. Being a victim of a crime such as theft sucks. What dirtbags take other peoples things? Badguys. That’s who.

Here’s the catch: Just because you encounter a criminal does not mean we get to hurt them.

If we fire our gun to stop the action of another human, we must be able to articulate a threat to life and limb- not product. Checking the Kelly Blue Book for the car being stolen just so you can plug the car thief with your .45 is a no-go. You can’t “Shoot for tires” UNLESS you felt that was the best way to stop a vehicle occupied by a person who posed a lethal threat to the surrounding citizenry. Catch the secretary embezzling $100k? You can’t do your best Charlie Bronson impersonation and bring the pain. Sometimes, we just need to observe and report.

As responsibly armed citizens, when a gun comes into play, we MUST be able to articulate a threat to life and limb. “But Trek, PEOPLE v COUCH says I can shoot a dude in the back for theft!” Sorry pal, you can’t. Now….while looking out the window at my car and badguy #1 speeds down my street over 3 people and wrecks the car he is in and then runs up to my car to steal it…does that change things? Abso-freaking-lutely. If this guy who just murdered 3 of my neighbors gets into my car and gets her rolling, do I have a REASONABLE belief that he could mirror the previous murders? hmmm…

Do LEOs constantly pursue car thieves without shooting them? 100% yes. (SEE: TN v Garner for a very similar case) Do LEOs and Civilians have the same rights when it comes to defense from lethal attack- YOU BETCHA. There is more to it then just the “flight.”

Ok so its funny. But it is here to show the MOST important aspect of when we use force- and that is KNOWING why we did it and being able to show the RESPONSIBLE use of it. In this clip, Will Smith’s character is articulating his decision to shoot at who he shot at. Right or wrong will be based on society.

But What’s The Next Step?

I wish I had an easy answer for you. But if you carry a gun and do not have use of force education, you should really seek it out or consider a wooden gun. It takes a lot of thought. there are no easy answers….unless the answer is ISIS…then…well….go nuclear.

With the proper foundation of use of force skills, we can avoid a lot of the shocking stories that make their rounds like “Woman opens fire on shoplifter at Home Depot” and “Aim for the tires in a crowded parking lot because they stole a pack of skittles.”

Day to day, when we decide to carry, we owe it to our fellow man to be the epitome of control and knowledge with the goal of saving life. That all starts with the greatest tool we have between our ears.