If the upcoming election and those in the running to clench the presidency of this nation has taught us anything, it is that politics and those that make living in that world toe a blurred line between dangerously clueless and culpable of great injustices against the American citizenry.
From a conservative candidate who steadfastly defends the completely illegal policy of “Stop and Frisk” to a liberal who has received so many passes for felonious activity that most believe she could get away with baking a puppy on live TV, scores of folks everywhere are starting to see behind the curtain and not liking what they see.
While the tragically-not-surprising horror film plays out on the national stage, actors at the local and state level continue their attempts to “one-up” the asshattery running for the White House. In articles past, I have discussed the outcome of when those without a solid foundation of knowledge and understanding regarding important topics are handed the power to enact law, do so recklessly, and degrade freedom (and by proxy harm law abiding citizens) in the wake of “the greater good.”
In a recent announcement on MLIVE: (http://www.mlive.com/news/index.ssf/2016/10/democrats_propose_bill_against.html) Lo!’ Yet another proposed “Assault Weapon Ban” and associated legislation that claims to be “Common Sense Firearms Legislation!” In what can only be described as a twisted Groundhog Day for freedom-lovers everywhere, Democrats from all over Michigan are pandering to the uneducated and over emotional in a push to clean up the appearance of firearms so they don’t look so scary.
According to the new proposals, defining magazine fed semi-automatic firearms as “assault weapons” that include at least one super scary feature including a “pistol grip” (the thing you hold the firearm with not the thing “that goes up”) a “shoulder stock on a pistol” (that actually makes it a Short Barreled Rifle via National Firearm Act Laws and already illegal without certain paperwork), a barrel shroud (because a shrouded barrel is evil), a muzzle break or compensator (because muzzle breaks are wiping out the rain forests), or a protruding grip not held by the trigger hand (What in the hell are you politicians talking about???) is sure to clean up the streets and remove evil from the hearts of men.
If only our state politicians focused so hard on strengthening the consequences for trying to harm another human might we actually get somewhere. (You know, like the anti-gun state senator Virgil Smith from Detroit who opened fire on his ex-wife and was only sentenced to 10 months) http://www.freep.com/story/news/local/michigan/wayne/2016/03/28/state-sen-virgil-smith-hearing/82346318/
In this new round of derptitude, we see proposals to:
And of course…
Once again in a terrifying merry-go-round of politic’n that seems to never end, we are faced with the eternal question regarding the actions of those in positions of power who swore an oath to those they are required to represent: It is gross ignorance or intentional action?
Either way, we should all start taking a deep, hard look at who in the hell is driving this bus and figure out a way to pull over.
– Trek 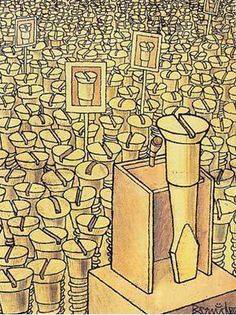