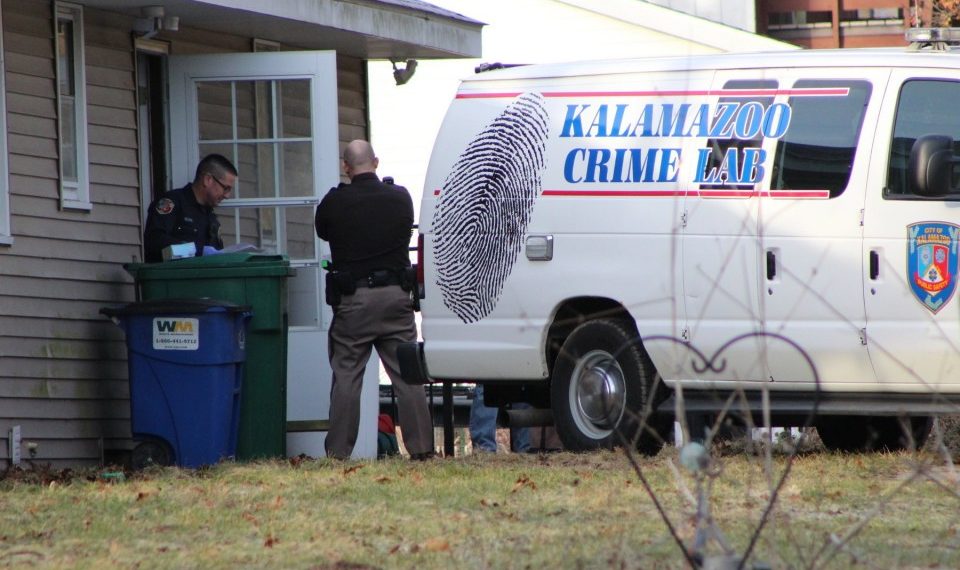 A few nights ago in my hometown of Kalamazoo Michigan, six people were murdered in cold blood and another two critically injured in a string of shootings by what appears to be one individual bent on carnage.

With the investigation still ongoing and operating only on the information that a gun was used as the tool of the crime, the emotionally-charged and factually-challenged enemies of freedom have jumped at the opportunity to demand that the rest of us be disarmed for the actions of a criminal.

The attached article, written by a “news leader” at the Flint Journal prove yet another shining example of ignorance and emotion overcoming the ability for thought and factual reasoning.

I should caveat this clear editorial by stating that I am a Kalamazooan. I was born at Bronson hospital, I attended Kalamazoo public schools, and I worked in downtown Kalamazoo for years before joining the service and leaving my home state. I have many friends and family who still live in the city of Kalamazoo and who were present (in out hometown) at the time of the shooting.

The author of the article in question chooses right off the bat to forgo any resemblance of a professional journalist and takes the stance that could be expected from a two-year-old who doesn’t get their way.
Devoid of any facts aside from a most likely correct study regarding the numbers of guns in the hands of Americans, the author attempts to convince the readers that is in their best interest to trade yet more freedom for “safety” with a call to ban all handgun sales now.

“Badguys can be stopped if we add more restrictions on your rights!”

I recently wrote about my stance on giving advice to astronauts when the scope of experience is that of only seeing a picture of the Space Shuttle. In short, to even attempt an argument one should have a solid footing (maybe a resemblance of an educational background) in the topic at hand.

The author decries, “where was the good guy with a gun when…” and follows up with a statement echoed by many a gun grabber alike to the tune of, “they weren’t there.”

I’m not sure if the author wanted to help set me up for a layup or not when I say, “well no shit.” Even the most rookie of journalist fresh out of school could tell you that Google is indeed your friend when it comes to finding information.

Sadly, there were no good guys with guns the night of the Kalamazoo shootings right up until good guys with guns took a bad guy with a gun into custody. (Let me just stop anybody there who was about to say, “but cops have more training with guns.”) Sadly, there may have been one of the victims who was lawfully caring a firearm and in this moment of action was unable to use it in their defense.

There is a stance common to those that are ignorant of responsible gun ownership that believe it a failure of the Second Amendment and proof that citizens should not own guns when things don’t work out the way movies would have it so. Good guys do not always ride off into the sunset victorious over evil, yet some of our citizenry would have you, me, and even themselves disarmed of the chance to survive a violent and deadly encounter.

The residents of Kalamazoo like Detroit, use firearms daily to stop criminals from doing nefarious deeds. In 2015 the legal use of deadly force by Detroit residents against the criminal element received praise from the chief of police who acknowledged that his officers could not be everywhere at every moment to help.

There are many shootings that have been nothing but a whisper in a local newspaper across our nation because good people stopped bad people with firearms. It is when there are no good people with guns that mass casualty incidences not only occur but are quickly tailored to demonize lawful gun ownership.

According to the article over 30 people are killed each day in America by firearms. While we do have gun deaths in this country, and every murder regardless of the means and tools used is unacceptable, the far greater threat all of us have as Americans is the neighbor who would make us a victim to satisfy their own uneducated and emotional desires.

In this country the highest numbers of firearm crime are reserved to the places in which law-abiding citizens have the most restrictions placed on their gun rights.

I would take a bet in good confidence of victory that the author of this article has made no literary masterpieces highlighting the outrageous gun crime statistics in anti-freedom and criminal sanctuary cities of like Chicago or New York.

Playing on what could only be explained as stereotypical conservative talking points, the author chooses to suggest that responsible citizens clinging to those pesky Second Amendment protected rights would all the sudden care about crime if a defensive tool was substituted for a religious text.

While such a statement was clearly intended to suggest that those who value individual rights are ethnocentric bigots, I would have to answer as a constitutional libertarian who believes in equal rights for all by saying that good people should shoot bad people in the face not due to race, creed, color, sex, and national origin but based on their deadly actions against innocent people. And with that appropriate use of force statement, every day good people stop bad people across this great country with firearms.

I would highly recommend that the author buy a gun. From their statements I can only piece together that they know somebody who knows somebody who owns a gun twice removed. The rights protected by the second amendment are the most regulated of all the rights that we have. What gun grabbers cannot wrap their fuzzy heads around is that all the laws that law-abiding citizens tolerate are quickly overlooked and sidestepped by criminals. Of the thousands upon thousands of firearm laws already in existence, perhaps the author would be better spent demanding that our judicial system uses the max penalty of law against lawbreakers instead of treating every thug as a “misunderstood youth” who stole a gun and used it in a crime in a claimed cloud of frustration.

Make no mistake about my intentions with this response when I say that the shootings in Kalamazoo (and everywhere good people have lives ruined at the hands of evildoers) are unacceptable.

Also unacceptable is the idea and especially any action taken to deprive a good person from rights because the actions of a few.

The author and their “moral high ground” to have absolute disdain for citizens to be armed is just fine as long as the only person they move to disarm is themselves.

The author concludes with “America is a great country.” I absolutely could not agree more. Unfortunately, there is a poison that has seeped in to the nooks and crannies of the ideals that made this country different. There are Americans who would have fellow countrymen stripped of those rights that they are so “wrapped up in.” They would pick and choose what rights you and I are allowed to have based on their personal preference so they can sleep soundly under the illusion of, “safety.” Sadly, these delicate flowers among us no longer represent those that founded this country under the banner of freedom for all at any cost.

In closing, we as a nation would do well to remember that our greatest task as Americans is defending all rights including the exercising of those that we disagree with the most.

That… And writing an editorial through the use of the First Amendment to call for the restriction of the Second Amendment (or any rights for that matter) is just stupid.